So, I struggle with parents who can’t ever let their kids fail.

STOP MAKING EXCUSES FOR THEM!

HELP THEM LEARN FROM THEIR MISTAKES!

See, I’m all about teaching kids right from wrong. And also about standing up for what’s right and what’s wrong! And when there are kids in this world that are always getting away with everything with no consequences because they know how to work the system, you make things so much harder! For you, for them and for anyone that interacts with them!

I think that as parents, we can get embarrassed by our children’s behavior! But if we hush the concerns of others, we are only doing our children a disservice! We need to lay down our pride and let them see that they can make mistakes, but they WILL learn from them! Don’t let the embarrassment of your child’s behavior get in the way of your parenting! Tell them they were wrong, and that you want them to fix it.

Also, look at yourself in the mirror! Are you constantly making excuses for yourself? If so, your kids see that! They know that you make excuses for yourself and for them. So why would they ever try to be honest about anything if they always have a way out? Stop saying, “It was an accident!” And start saying “They totally made a mistake and I’m going to make sure they know not to do that again!”

Another thing I feel the need to address is the fact that you think your children are always honest. Please know that children lie! All the time! It’s natural to them! And when they’ve already been taught that you’ll cover for their mistakes, you better believe that they’ll lie all the more! So, check their devices! Check their backpacks! Check who they’re hanging out with! And check who you let your kids become close to!

I know many adults that still get away with being dishonest because they know how to work the system. And let me tell you, those people aren’t great people! So, focus on getting your kids’ hearts right...By first getting yours right! Be honest, be humble, be kind!

“Consequences can’t be dodged or fooled permanently. The sooner we face them, the smaller they are. The longer we delay them, the bigger and uglier they get. The only way to truly remove consequences is to accept them head on and allow them to do their work in us.”

“No discipline seems pleasant at the time, but painful. Later on, however, it produces a harvest of righteousness and peace for those who have been trained by it.”

Get the latest posts delivered right to your inbox 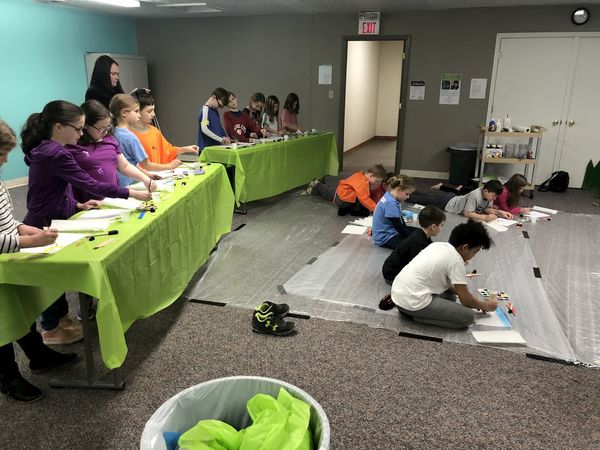 People constantly ask about the socialization part of homeschool. They always wonder how my kids are getting everything they need to develop social skills! But I just have one thing

The more kids I have, the more I realize that I have little control over keeping the house the way I want it. I loooooveee a tidy house! Like, it

Stay up to date! Get all the latest & greatest posts delivered straight to your inbox